Equity and Representation > A Day in the Life > Nhi Le, P.Eng. 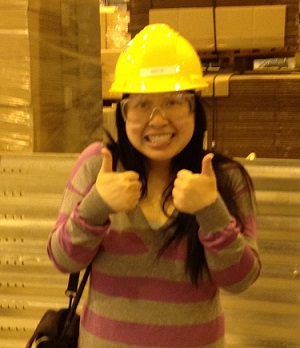 Nhi Le didn't always want to be an engineer. In fact, she originally pursued an undergraduate degree in engineering as a stepping-stone to medical school. But three years into her undergrad degree, Nhi had a realization: She loved engineering and wanted to continue on the path to becoming one.

Now, Nhi is a design engineer who loves designing tools, building prototypes, and solving problems. Nhi's work has meaningful impacts as she has designed water tanks for fire protection in that have to survive earthquakes and hurricanes. She has also signed off on tanks that have been used for under water shooting in movies (like the X-Men!). Her name is even on a patent for a product she helped work on.

But while she's passionate about her field, she also realizes that her life outside work informs her perspective as well. "Take time to network and socialize, have a life outside of engineering - all of these things can only help you be a better engineer."

What's your name and what do you do?

What does a typical workday look like for you?

I usually start off catching up on emails to see if there is anything urgent I need to deal with. That could be anything from a client requiring a quote ASAP to having to re-work a design because the production team ran into an issue. After that, I try to dive back into whatever project I have on my desk at the time. Sometimes I'm designing a tool (usually using Excel) that will allow me to run calculations quicker or produce quotes or bills of material. Other times, I'm using a 3D CAD (or computer-aided design) program to model parts and assemblies and their corresponding drawings. The models allow me to verify my design and the drawings allow the production team to manufacture them. I also write a lot of technical documents, like manuals, reports, and memos.

What made you decide to be an engineer?

My dad teaches mechanical engineering at the post-secondary level. I originally wanted to be a doctor. He encouraged me to go to medical school via an undergrad in engineering, rather than other more traditional paths. He wanted me to have a solid diploma to fall back in case I changed my mind about medical school. Turns out he was right; around my third year I realized I enjoyed engineering and decided to continue pursuing it. 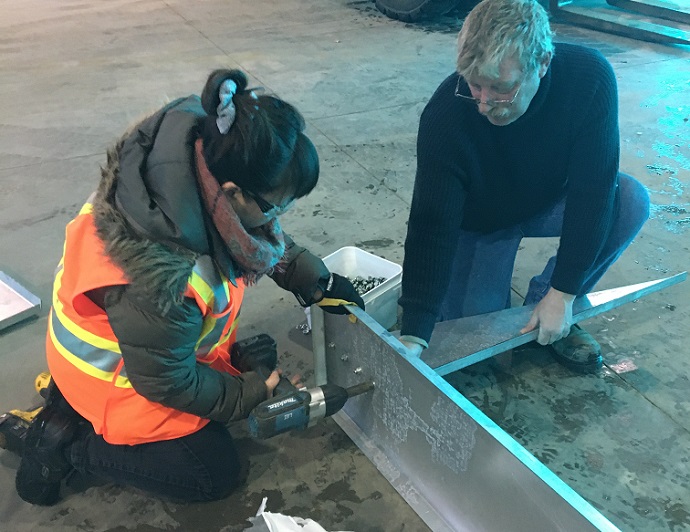 Bolting together a couple of parts for a test.
What did the journey to your current role look like?

I've had a couple of really amazing mentors. My first job out of university, they really saw the value in investing in me as an engineer. They sent me to training courses, they even sent me across country to train one-on-one with an expert in the field. As a result, I gained a lot of knowledge over the years as I helped develop the product.

What's the most rewarding part of your career?

Being able to solve a problem for my clients. I love doing field work where I can build full scale prototypes and test them, showing my clients proof of concept with their own eyes.

I've designed water tanks that have gone into areas affected by drought, like California, Florida, and Texas. These tanks are typically used for fire protection. It is especially important to have the tanks in places like California in case of emergencies because it is an area that is also heavily affected by seismic activity (i.e. earthquakes), which usually results in fire breakouts. In Florida, they can be hit with a hurricane with high wind speeds. Both seismic and wind can be difficult to design for with regards to water, as water has a tendency to create waves. It's incredibly rewarding knowing that something I had a hand in designing could potentially help save a hospital or a home.

On the flip side of that, I've also signed off on tanks that have been used in the movie industry, for underwater shooting. There are some movies I can watch years from now (like the X-Men!), knowing that just on the other side of the lens was something I designed.

Is there a particular project you've worked on that you're really proud of?

I worked on a new product for the better part of a year, very early on in my career. The company ended up applying for a patent for this product and eventually it was granted. My name is on the patent as part of the team of inventors. There is one design aspect of the product that was a result of a brainstorming idea I had, that I am very proud of.

Who are your role models in your field?

My first engineering manager. He was so encouraging to me and really saw my potential. My engineering supervisor was also such a great teacher and spent so much time educating me on the process. Having someone who is willing and eager to pass on their knowledge is invaluable.

Do you have a quote or saying that inspires you?

The classic engineering Good/Fast/Cheap triangle. I can design anything, but it'll only be two out of the three.

What would you tell someone who was looking to get into engineering?

Being able to communicate your ideas properly is just as important as having the ideas in the first place. Take time to network and socialize, have a life outside of engineering - all of these things can only help you be a better engineer.

When you're not working, you can be found...

Baking! It might not be good to say, but it's my true passion! Baking is as much a science as it is an artform. 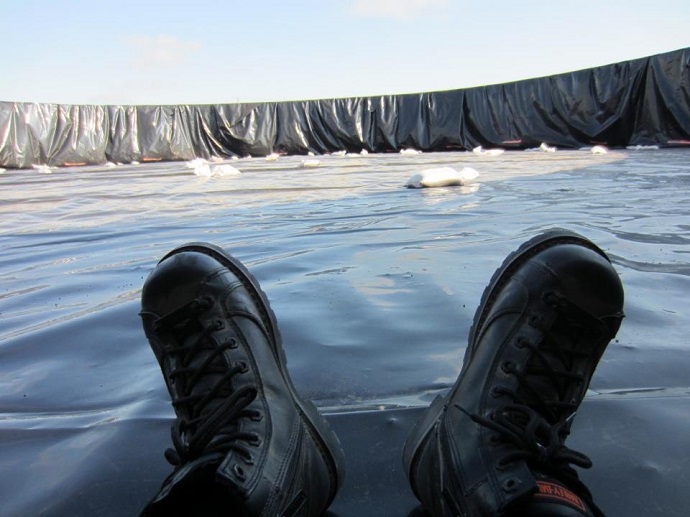